The site of this chuch was conveyed to Her Majesty’s Commissioners for Building New Chambers on 15th November 1843, the land being given by Andrew Lawson of Aldborough Manor, whose memorial plaque is that on the south wall nearest the altar. The church was designed by Richard Hey Sharp, a Yorkshire architect who was first a pupil, then a partner of Peter Atkinson of York. The new church was consecrated a year later on 15th November 1844 and dedicated to the Blessed Virgin Mary, a direct link with the original mediaeval chapel. St Mary’s was declared redundant on April 1st 1983, and was vested in the Churches Conservation Trust on 5 June 1986. 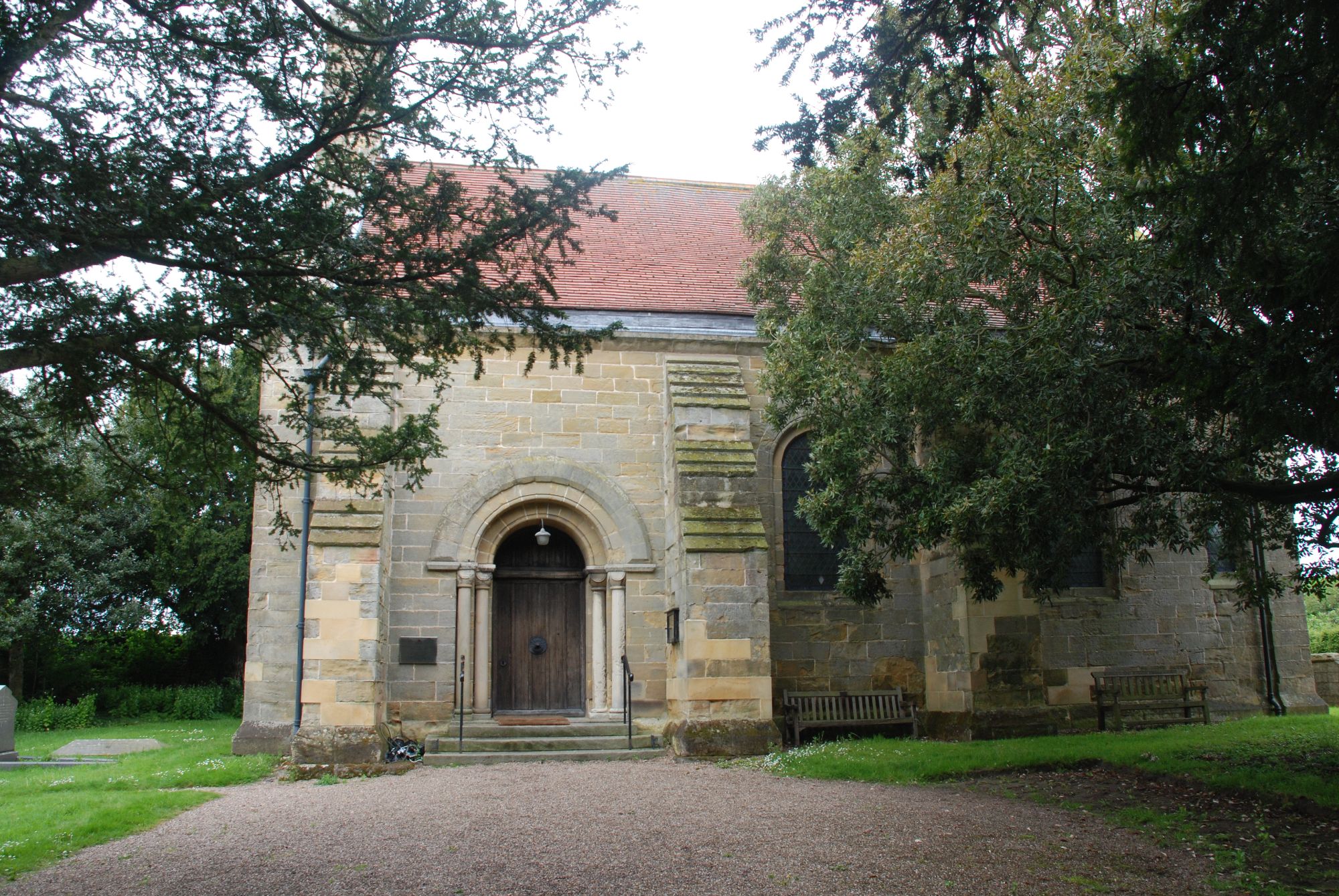 Roecliffe church is designed in the neo-Norman style fashionable at the time and its place in the history of the development of 19th century revivalist architecture is assured because of the unusual accuracy and conviction of Sharp’s design, most notable in the great stone barrel vault. The building is a rectangular to which a north vestry has been added. Just over 15 metres long , it stands back from the village beyond a large churchyard, with a distinctive avenue of yew trees. It is built of stone from the old Roman quarry in the grounds of Aldborough Manor, and from a quarry at Copgrove, while the stone for the internal arch was from Burton Leonard. In the 1870s large buttresses were added to the north and south walls when the barrel vault showed signs of failure just 30 years after the church was built.  The vault of the church is rare as it is semicircular in shape, known sometimes as wagon-head.

The roof is covered with small flat red tiles, the original ones possibly having been made in the local Roecliffe brickyards, now closed, which operated just outside the village. It is supported by a heavy oak frame resting on the stone vault. On the west gable is a bell-cote with a pitched roof and a single bell. The doorway is on the south side in the westernmost bay and consists of a round arch with two orders supported by a pair of columns on each side. All the windows are round-headed with roll-moulding. 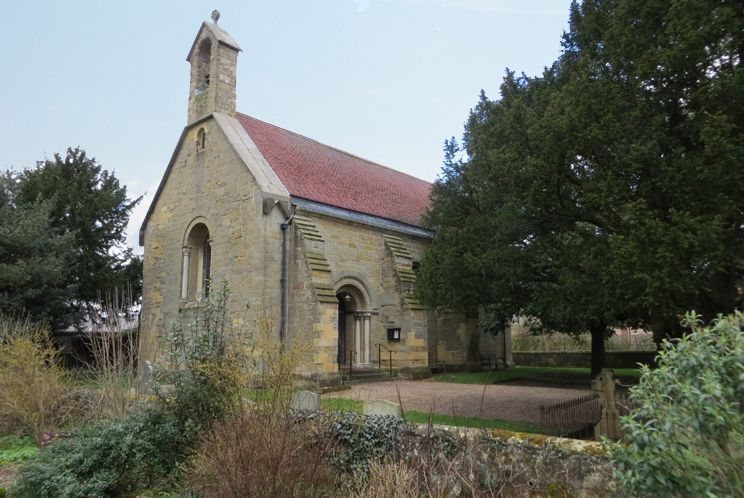 The architectural plainness of the exterior is mirrored by that of the interior.  It has not yet been discovered who amassed the furnishings but together they form a magnificent if unusual collection. The plain but fine oak pews, benches and panelling in the body of the church contrast well with the light coloured stone of the rest of the building. Lining the north, west and south walls are unusual raised and enclosed benches; this arrangement again has been borrowed from that of a college chapel. The raised seat along the west wall has by custom only been used by the men of the village!

The following are of interest:

Some details of the church and its construction, together with figures showing the population of the village and names of the 12 incumbents, are shown in an illuminated scroll, made in 1925, on the vestry wall.

Anxiety about the stability of the building led to its being declared redundant. It was vested in the Redundant Churches Fund, now The Churches Conservation Trust, in 1986 and repairs have been carried out by Messrs A.B. Trees of Ripon under the supervision of Mr Ian Stewart RIBA.

Despite its being redundant, services are still held in the church on a monthly basis, and it is used as a venue for concerts.  There are services on all major occasions such as Christmas Day, Easter Day and there is a Harvest Festival service and Carol concert.